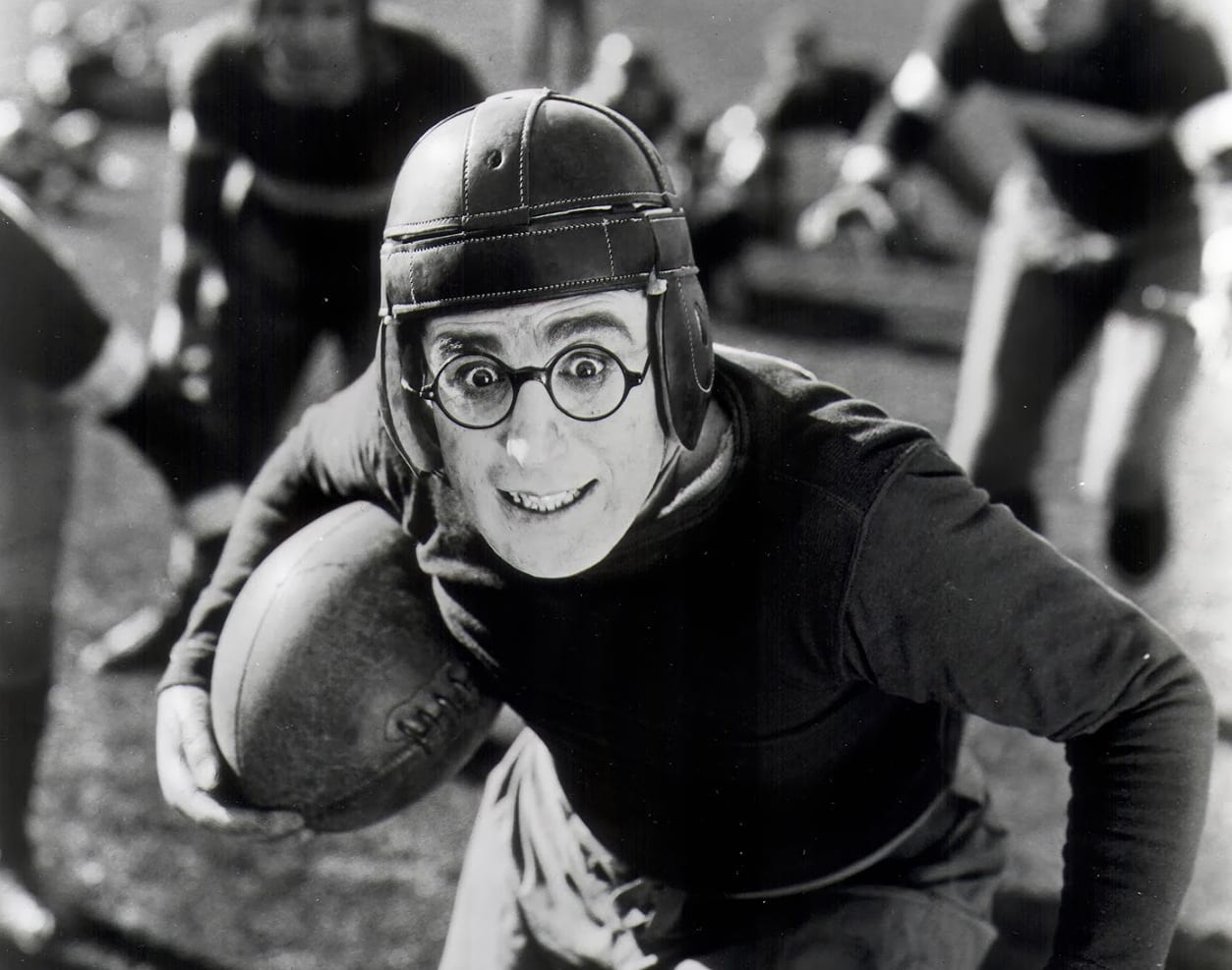 A Bit About The Freshman

Last month, Harold Lloyd’s The Freshman was screened at our annual Silent Comedy Gala. I thought I’d take a moment to share some trivia about it.

“The more trouble you get a man into, the more comedy you get out of him” – Harold Lloyd

A little bit of trivia:

One of the more interesting things that I read about the film is that the restored version of the film that is now available is actually pieced together from the domestic and international versions of the film. Scenes were filmed in two different ways for each release… so some of what we see know is kind of an alternate version… but I’m sure equally as funny!

It was great fun to see Pete the Pup from the Our Gang shorts in the film!

Another thing that people might not know is that Harold Lloyd lost two fingers on his right hand when a publicity photo shoot went wrong in 1919. Lloyd used to wear a special glove that would hide this fact in his films shot after the accident.

This was Harold Lloyd’s most commercially successful silent feature.

I thought I would end this post with a video from Leonard Maltin sharing some of his Harold Lloyd merchandise – much of which is from The Freshman.

Pop Matters and AV Club both have great articles about the film!