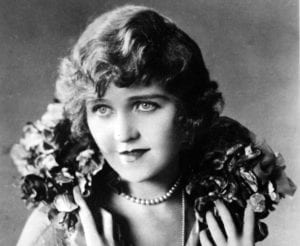 This unparalleled essay in European absurdism was one of the most regrettable casualties of the coming of sound. Released as a silent in May 1929, it was re-issued with synchronized music and sound effects in August 1930 – but too late. Variety, reviewing the new version on its London release, admitted that its production values (with fine photography by Charles Rosher) were far superior to most British pictures, yet mercilessly damned its chances: “Picture doesn’t mean anything in these talker days.” Significantly, perhaps, the same page carried a review of the Marx Brothers in Animal Crackers.

The film represents an extraordinary marriage of a native British nonsense tradition with the sprightliness of Hungarian operetta. The story is by Douglas Furber (1885-1961), one of the most prolific English writers of revue and musical plays between the wars (his songs included “The Lambeth Walk” and “The Bells of St Mary’s”). The story is a merciless send-up of Ruritanian romance and in particular The Prisoner of Zenda. Betty Balfour plays the dual role of Sally, maid-of-all-work in a seedy London lodging house, and Princess Xonia of Bolonia, a revolution-prone Balkan state. Sally is carried off to Bolonia to take the Princess’s place in the forthcoming coronation procession, at which a regicide is confidently anticipated. Luck and nonsense naturally save the day.

The musical score added to the film is of particular interest both in the evolution of music from silent to sound cinema, and in the subsequent progression of Bolváry’s career. It was assigned to the composer-compiler-conductor John Reynders, and was almost certainly prepared in close collaboration with the director. Reynders was London’s best-known cinema compiler-conductor of the silent film period. From its opening as a cinema in 1923 until the end of the silent period, he was musical director of the Tivoli Theatre, where he presented much-admired scores for the British premieres of – among numerous others – Greed, Ben-Hur, The Merry Widow, and Moulin Rouge. Subsequently he became a prolific composer of sound film music. His score for The Vagabond Queen is brash and energetic, and contributes very positively to the comedy, with its own jokes and aural commentary. It is particularly interesting that the film was actually extended by 1042 feet when the sound was added; the orchestral score accentuates the distinctly musical rhythm of the action. The creation of this novel comic balletic style may well have influenced Bolváry’s direct progression into film operetta, starting with Zwei Herzen im 3/4-Takt, which was to exert a great influence upon the development of German and Austrian musicals in the 1930s.

In addition to its star, the film boasts an excellent cast. Ernest Thesiger (1879-1961) – a favourite embroidery companion of the Dowager Queen Mary, he practically qualifies as a “Funny Lady” himself – has one of his most abandoned comedy roles as Lidoff the Bolonian diplomat. Patrician by birth and originally a painter, Thesiger had an unbroken theatrical career from 1909 to the end of his life, creating among other roles that of the Dauphin in George Bernard Shaw’s St. Joan. He made his first film appearance in 1916 and his last (in The Roman Spring of Mrs. Stone) in 1961. His most memorable appearances were in James Whale’s The Old Dark House and The Bride of Frankenstein, though nowhere is he as extravagant as in The Vagabond Queen. Glen Byam Shaw (1904-1986), the juvenile lead, made his stage debut in 1923, and went on to become a distinguished Shakespearean actor and director of the Shakespeare Memorial Theatre (1953-1959).