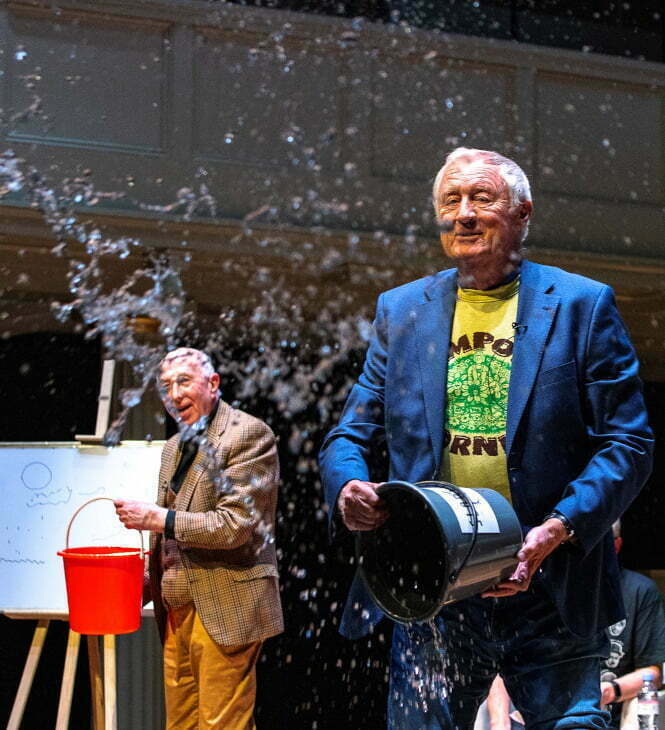 Our slapstick season finished on an absolute high, with the stars of the classic children’s TV series Tiswas reuniting for an evening of fun and mayhem.

Chris Tarrant, Sally James, John Gorman and Bob Carolgees, along with Spit the Dog, were among those that took to the stage on April 16th for this special event.

Matthew Lewis reprised the performance of the Watership Down theme BRIGHT EYES he gave as a five year old in 1980 accompanied by his daughter Nova, five, wearing the original rabbit costume.

The event concluded with The Four Bucketeers and Phantom Flan Flinger receiving the Slapstick Comedy Legacy Medal, honouring those entertainers who continue the comedy traditions of the silent film era.

Tiswas: The Reunion was a co-production between Bristol’s Slapstick Festival and Bristol Ideas and was a fund-raiser for Childen’s Hospice South West.

Below are some pictures from the evenings entertainment, courtesy of David Betteridge