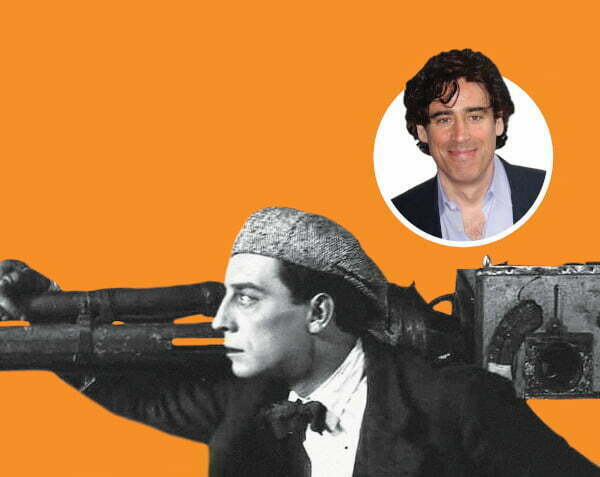 Step inside Bristol’s spectacular Cathedral for a very special triple-bill of silent comedy classics on the big screen, accompanied by live music.

Join us for an evening of live music and classic onscreen comedies in an event showcasing your all-time favourite comedy stars.

Your host for the evening will be the hugely gifted actor, comedian, presenter and writer, Steven Mangan, who achieved fame through TV roles in Green Wing, Episodes, Dirk Gently and The Split (among others) and has subsequently also written a best-selling children’s book, Escape The Rooms.

The highlight of the evening is a complete screening of Buster Keaton’s last great film, the outstanding comedy masterpiece The Cameraman (1928). Accompanied by an improvised score from The European Silent Screen virtuosi featuring  Günter A. Buchwald, Frank Bockius and Romano Todesco, the film famously features several of the most celebrated sequences in cinema history.

Other highlights include short comedies from the timeless Laurel & Hardy and thrill picture legend Harold Lloyd. This truly will be a thrill-packed evening – not to be missed!

Book early to avoid disappointment and get the best view in the house! 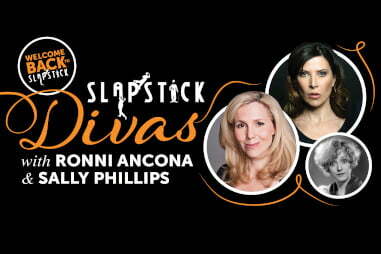 Welcome to an evening of brilliant, rarely seen silent comedies in Bristol’s magnificent cathedral as we celebrate the outstanding leading women in some of the funniest on-screen comedy from the golden age of silents.

Highlights include a rare screening of SHOW PEOPLE (1928) featuring Marion Davies, the silent starlet who is still reaching new heights today as one of the stand-out characters in the recent Oscar-winning Netflix drama MANK (2020).

In addition shorts from Mabel Normand, part of the inspiration for the Tony Award nominated musical MACK & MABEL, and the first female director Alice Guy-Blaché.

Expect an electric night of classic comedies on the big screen with a live audience alongside live musical accompaniment from the European Silent Screen Virtuosi: featuring Guenter A. Buchwald, Frank Bockius and Romano Todesco. 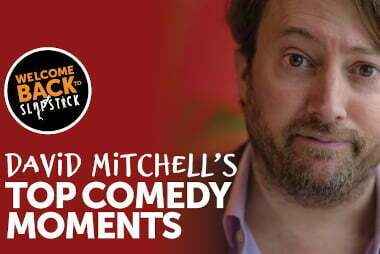 Comedian, writer and actor David Mitchell is making his debut at Slapstick festival in our ever-popular Top Comedy Moments strand.

During the show, David will reveal his favourite and most influential moments of on-screen comedy with his host Matthew Sweet (Free Thinking, Radio 3).

We are delighted to be hosting this unique opportunity to discover what helped shape the comedic mind of the cynical yet always hilarious king of dry wit.

Known for his memorable on-screen performances such as Ben Elton’s satirical interpretation of Shakespeare on ‘Upstart Crow’, his stellar portfolio of fine television and radio comedy including the enduring Would I Lie to You, The Mitchell and Webb look, The Unbelievable Truth and the BAFTA winning cult classic Peep Show.

With an opportunity to ask David a question too, this is a rare chance to hear the man discuss his comedy influences.