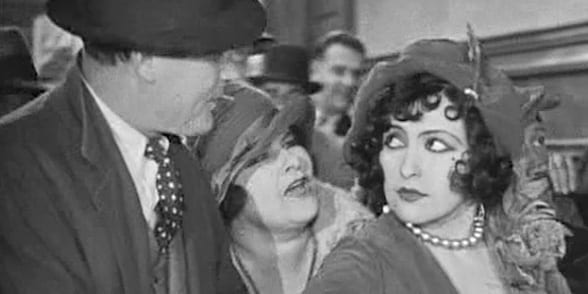 Chicago (1927) with Denise Coffey Cert:PG
With live accompaniment by The European Silent Screen Virtuosi
Cecil B DeMIlle US

Starring Phyllis Haver in an understated comic appearance, this is the original version of the subsequent global musical and Hollywood film Chicago. Based on a true crime story- a wild jazz-loving boozy wife Roxie Hart kills her boyfriend in cold blood after he leaves her. Entangling her ever-loving husband in the process the film tells how and to what lengths she is willing to go to escape conviction.

Tickets for this event available ONLY from Watershed box office or website.