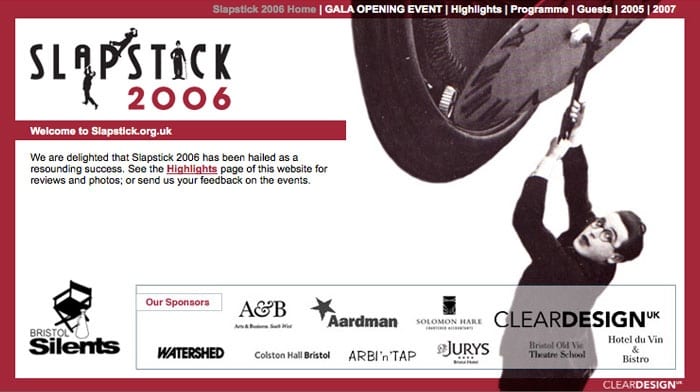 Bristol Silents in partnership with Watershed and Colston Hall presents a weekend of classic film comedy and laughter from the ‘big five’: Chaplin, Keaton, Lloyd and Laurel and Hardy through to ‘lost’ mini masterpieces from the era.

Along with exemplary musical accompaniments from the finest exponents in Europe, Slapstick 2006 promises a weekend bursting with outstanding talents and classic movie magic.

All events are £6/£4 concessions and
Bristol Silents members unless otherwise stated.