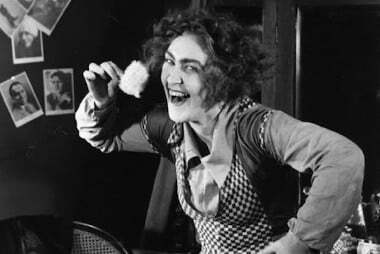 ‘My Grandmother’ is an avant-garde gem of early Soviet Union filmmaking, banned for almost 50 years for some not so subtle political criticism.

This experimental film is an incredibly sophisticated piece of silent cinema. Following his sacking, our protagonist, a lazy pen-pusher, must seek out a benefactor, a “grandmother” in the slang of the day, and make them write a letter of recommendation for him to return to his job.