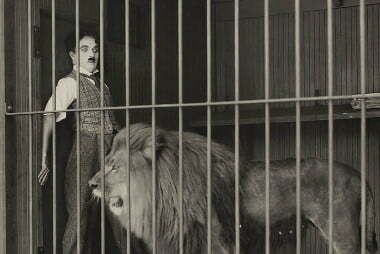 Dir: Charles Chaplin US 81mins U

Charlie Chaplin once again dons his iconic ‘Tramp’ character in his film ‘The Circus’.

Released in 1928, Chaplin was already a household name and one of Hollywood’s greatest stars, and his newest film would continue to cement his legacy.

The iconic tightrope scene permanently etched Chaplin into the minds of everyone who saw it.

Nothing can make you forget seeing Chaplin’s tramp walk a tightrope with such grace, all with a group of monkeys on his back.

With a pre-recorded introduction from film historian David Robinson