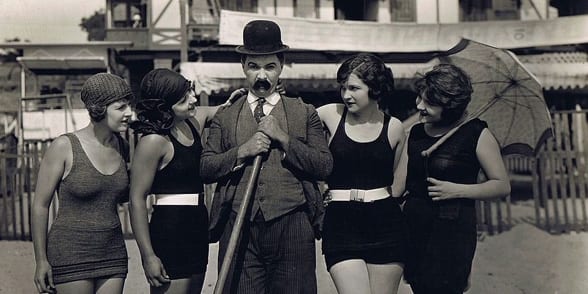 Mack Sennett: King Of Comedy Cert: U
with David Robinson

David Robinson* film critic, author and Chaplin’s official biographer will be celebrating the mastermind of early slapstick comedy, the actor and producer, Mack Sennett. David will take you on a journey through his best comedy shorts from the 1910s and 1920’s featuring amongst others Charlie Chaplin, himself and the hilarious Keystone cops . With live accompaniment by John Sweeney on Piano.