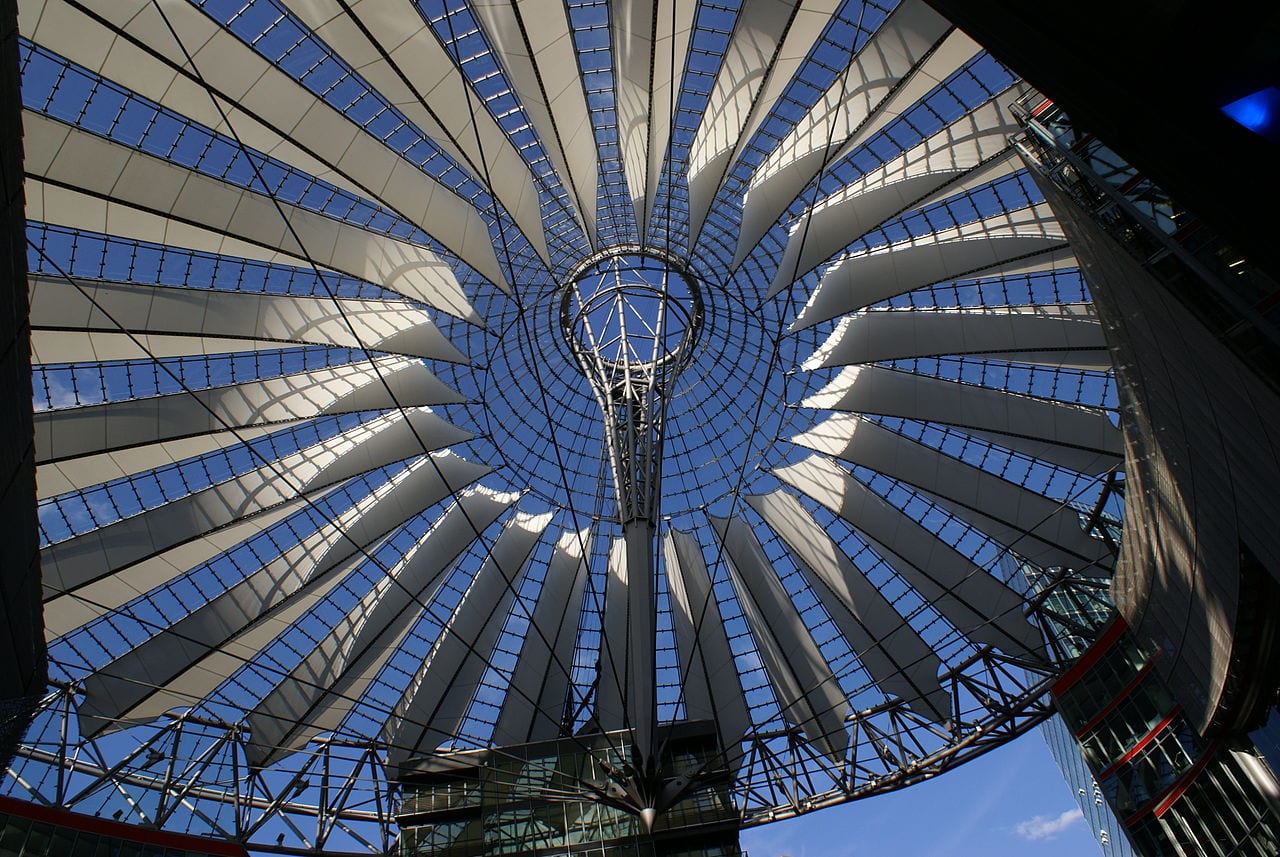 Two weeks ago, I spent a few days in Berlin. They were very rainy days… but I did get to do quite a bit of sightseeing. I always try to seek out interesting places to visit when I am new to a city. One of the highlights of Berlin (at least for me), was the Museum of Film and Television Berlin.

The museum is in the very modern Sony Centre near the Potsdam train station. As with most museums, it is closed on Mondays. I had forgotten that during my visit… so I tried again on another day! I am very glad that I went back! The museum is a great place to explore and learn about a country that has such a rich cinematic history. Photos were not allowed.

I enjoyed seeing a small sculpture of Max Linder that was produced at the top of his fame… an early example of film merchandising. One of his shorts was played on a screen alongside this case.

One of the more interesting exhibits was about Charlie Chaplin’s visit to Berlin for the premiere of The Kid. Surprisingly, there is not a lot of footage from this event as it was all destroyed. The only surviving footage appears in the notorious propaganda film, Der Ewige Jude (The Eternal Jew), where Chaplin was erroneously identified as Jewish. There was quite a bit of the museum dedicated to this section of history. There were exhibits about the propaganda films that were made, and information about the German directors who left Germany during this time and moved to Hollywood for safety.

There are a few other exhibits that are worth the visit for film history buffs. The museum does a great job of presenting the history of the making of two classic silent films, The Cabinet of Dr Caligari and Metropolis. Models of the sets are recreated so that you can learn how some of those great expressionistic scenes were set up. There is also quite a large section dedicated to Marlene Dietrich and here contributions to cinematic history. Costume fans can see many iconic pieces of her wardrobe.

The museum is well worth the visit when in Berlin. It is so informative, and all the exhibition information plaques are in German and English. The very comprehensive audio guide is available in English as well. A must visit for those interested in film history!