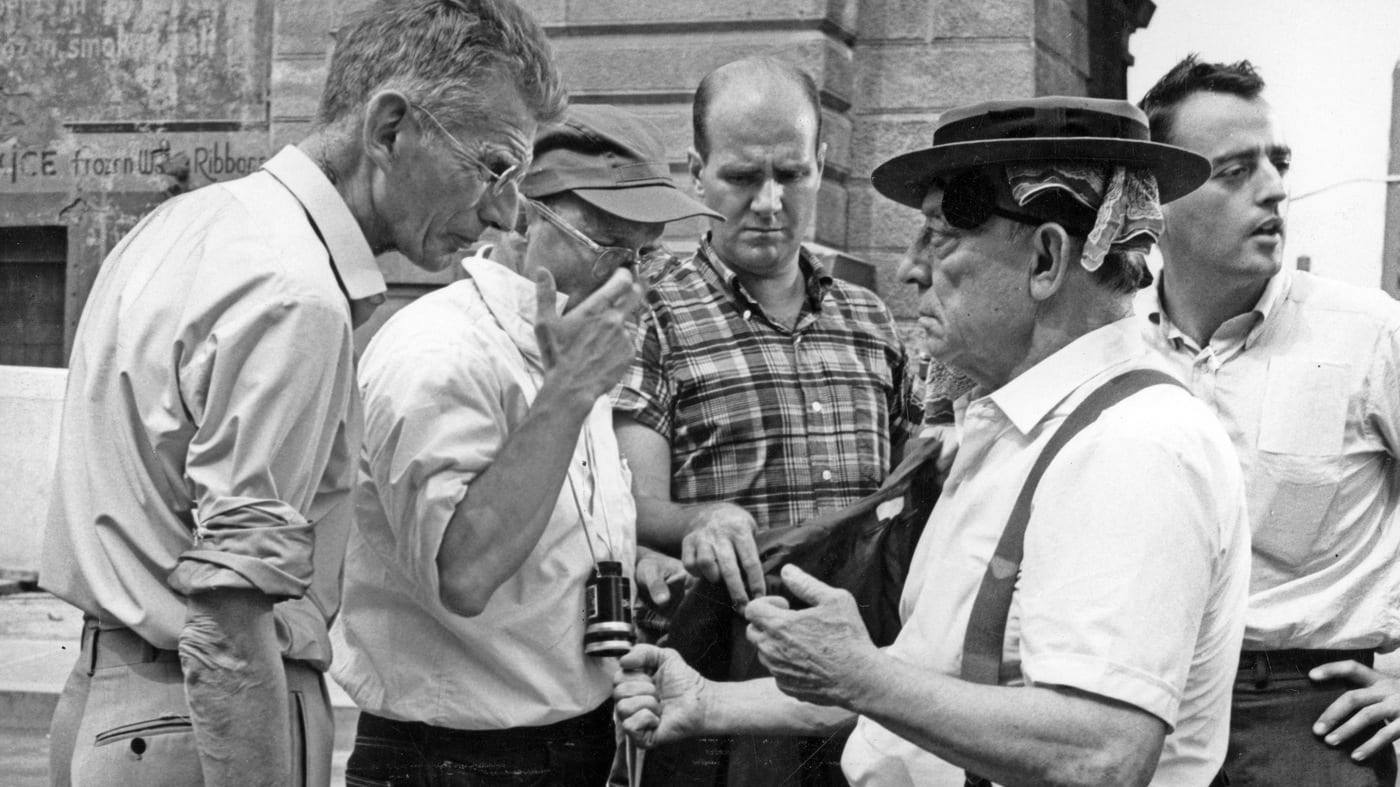 Wow! It’s been a freezing start to January in Bristol. What’s amazing about January? Hopefully, you are reading this post as a festival fan! It’s now less than two weeks until Slapstick Festival 2017! There is such a great line-up of events this year. Make sure to check out the programme!

I thought I’d take the time this week to explore two of our events that are connected: NOTFILM and When Keaton met Beckett. NOTFILM is a documentary exploring the making of the cinematic collaboration of Buster Keaton and Samuel Beckett. The two famously (or infamously) collaborated on FILM, a silent chase film made in the 1960s. Ross Lipman is a film archivist who recently restored FILM, and it was this restoration that inspired him to make his own documentary about the film.

I’ve spent this evening reading a few articles about both films and wanted to share some of the more interesting facts that I’ve found. I’ve not watched either film yet, but I’m hoping to join the audience for what will be a fascinating look at this collaboration. The collaboration appeared to be a rocky one, with both Keaton and Beckett not truly understanding each other. Both events at the festival will provide insight into the work this pair put into the production of FILM. I’ll put the links to the articles at the bottom of this post.

FILM is famous for being Samuel Beckett’s only cinematic work. Buster Keaton was not originally the first choice for the role. Such names as Charlie Chaplin, Jack MacGowran, and Zero Mostel were considered. A great fact regarding this is that Buster Keaton WAS originally approached to perform in the US production of one of Beckett’s most famous plays, Waiting for Godot. Keaton turned it down. The original meeting between Keaton and Beckett regarding the film sounds like it was quite an awkward moment. Beckett was made to wait while Keaton finished an imaginary poker game. Once Beckett was invited in, Keaton only gave one word answers to any questions. Buster Keaton did not appear to be an enthusiastic host.

Leonard Maltin, the famous American film critic and historian, met Buster Keaton on the set of this film when he was 12. Apparently, he crashed the set to meet one of his silent film heroes! One other great bit of trivia is that the cinematographer for FILM, was Boris Kaufman. Kaufman was a cinematographer who worked on On the Waterfront and 12 Angry Men (to name just two). Kaufman was also the younger brother of director Dziga Vertov (Man with a Movie Camera).

NOTFILM, the documentary exploring the making of the film, will be screened at the Watershed on Wednesday the 18th at 11:30. Tickets can be purchased here.

Robin Ince (with special guests) will be presenting a screening of FILM during the event, When Keaton Met Beckett, at Arnolfini on Friday the 20th at 5:40. Tickets for this event can be purchased here.

Two events out of a festival packed full of great ones. It will be such a pleasure to see you at any of the events!