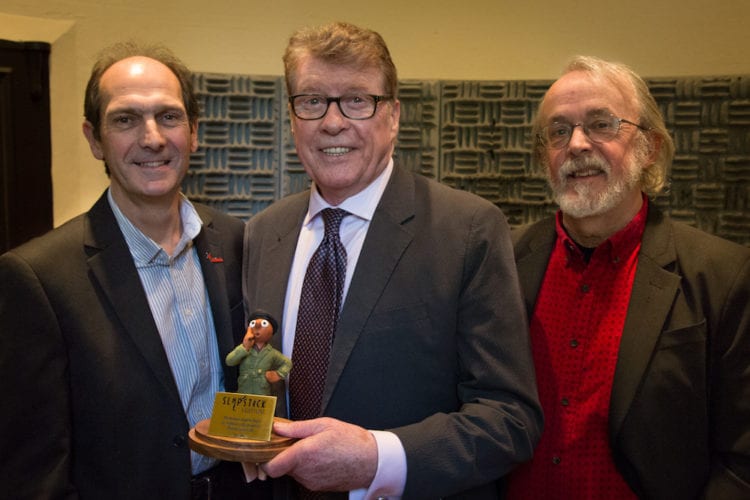 All photos above taken by either David Gillett or Paul Lippiatt.

On Sunday 23rd October 2016 Slapstick welcomed the brilliant Michael Crawford to Bristol to receive the 2016 Aardman Slapstick “Visual Comedy Legend” Award. Although Michael understandably considers himself to be a dramatic actor these days, the award was given him for his incomparable role as Frank Spencer in the BBC’s much lauded smash hit Some Mothers Do ‘Ave ‘Em, which ran for three series between 1973 and 1978.

Talking about the role of Frank Spencer during the show, Michael explained how he’d always been a fan of comedians such as Charlie Chaplin, Buster Keaton and Laurel and Hardy (as well as the great sight inderal generic propranolol gags employed in the days of silent film) and he said that he saw Some Mothers as the ideal opportunity to use such humour himself.

Impressively, Michael performed all of his own stunts during the show’s run too, which of course also aligns him favourably with those great, silent comics of yesteryear.

The Visual Comedy Award show was introduced by the director of Bristol Cultural Development Partnership and Bristol Festival of Ideas, Andrew Kelly, while the in-depth onstage conversation was conducted by writer and cultural commenter Sir Christopher Frayling. The award was presented to Michael by Aardman’s Peter Lord and David Sproxton, as well as Slapstick Festival director Chris Daniels.