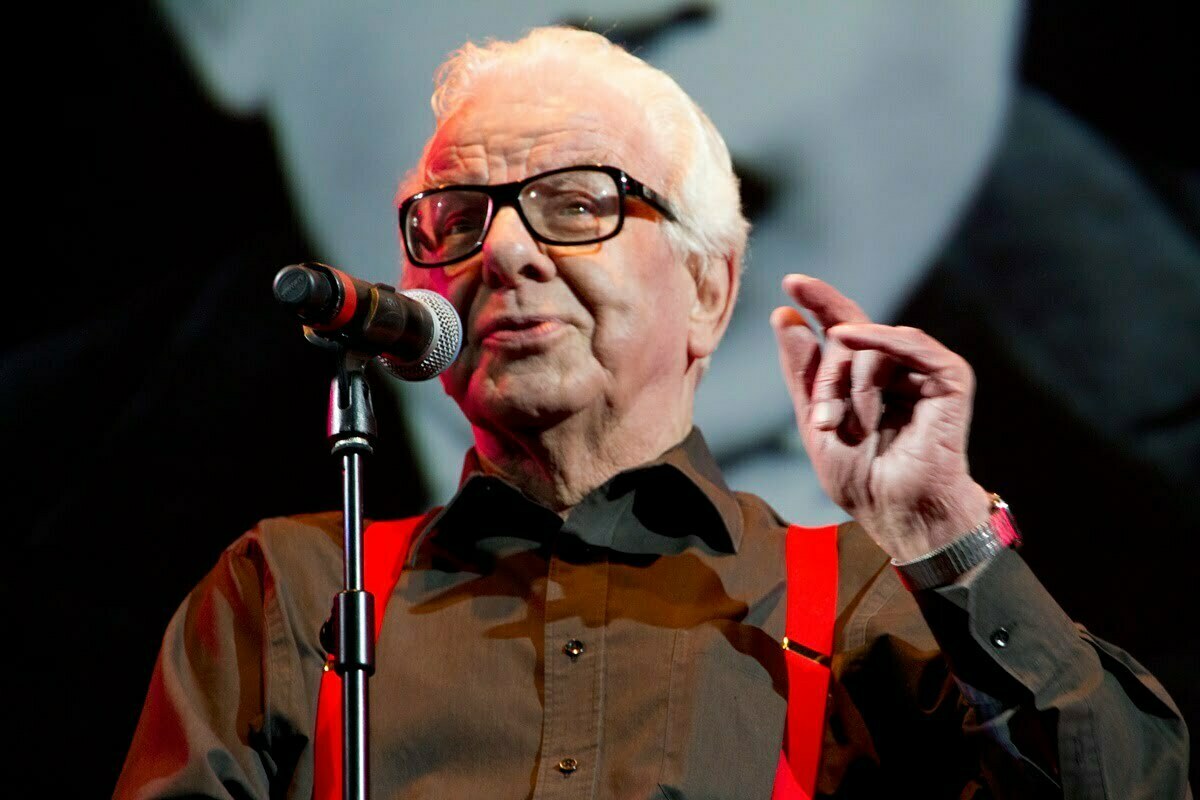 As you will no doubt have heard, yesterday we learnt the news that we had lost a singular comedy genius and very dear festival friend, Barry Cryer.

We first met Barry in 2009 when he came to Bristol with Graeme Garden, Tim Brooke-Taylor and the Clue team to raise money for the festival with an ISIHAC show at Bristol Hippodrome. Right from the start, Baz was a delight. Year after year, he joined us for our annual celebration of classic comedy in Bristol, bringing with him his trademark charm, generosity, passion for new comedy and extensive knowledge of parrot jokes!

Over the last thirteen years, Baz performed in at least 14 events at Slapstick, most notably when he received the coveted Aardman Slapstick Comedy Legend Award in 2015. Some of the other shows he helped create with us included celebrations of Morecambe & Wise, Tommy Cooper and Kenny Everett, for whom he wrote. He also performed a few times at Slapstick with his musical comedy teammates: Colin Sell and Ronnie Golden.

Barry was a friend, a patron and, without a shadow of a doubt, the godfather of comedy. Barry hasn’t left a hole in the fabric of light entertainment, he’s left a chasm that simply can’t be filled.

Our hearts go out to Barry’s wife Terry and his whole family at this difficult time.

We will continue to champion Barry’s incomparable legacy for years to come.

We know Barry would want the festival to go on despite this news, and so it will. We spent yesterday exchanging stories about Barry and telling each other some of his best jokes. If you have a fond recollection of Barry – or a favourite joke – we’d love to hear it.