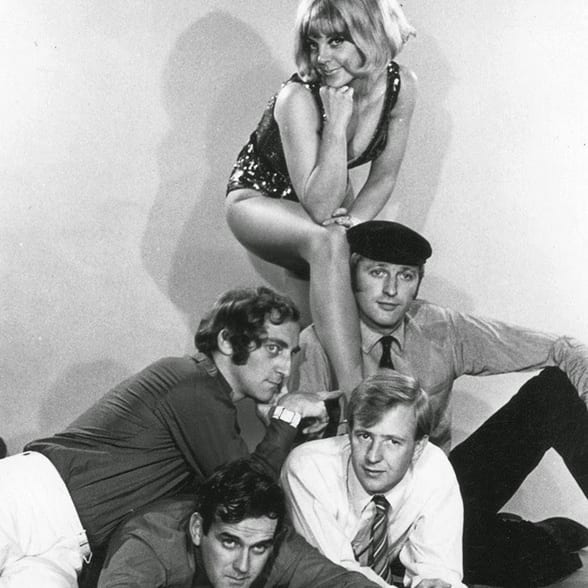 At Last the 1948 Show Revisted Cert:PG
with Tim Brooke-Taylor and Aimi MacDonald

“At Last the 1948 Show” triggered a revolution that was destined to change the face of TV comedy forever. Bursting onto the nation’s small screens in an explosion of unrelated and often surreal sketches, its main perpetrators were Tim Brooke-Taylor, John Cleese, Graham Chapman, Marty Feldman and Aimi MacDonald. What ‘At Last the 1948 Show’ began the Monty Python and The Goodies would finish in their own inimitable way. Four ‘lost’ episodes of At last the 1948 Show have recently been recovered from the David Frost Collection. Here we offer a rare opportunity to watch excerpts from the show’s best bits and from some of the newly discovered editions followed by a Q&A as Tim and Aimi discuss this seminal comedy show on stage with presenter Chris Serle.