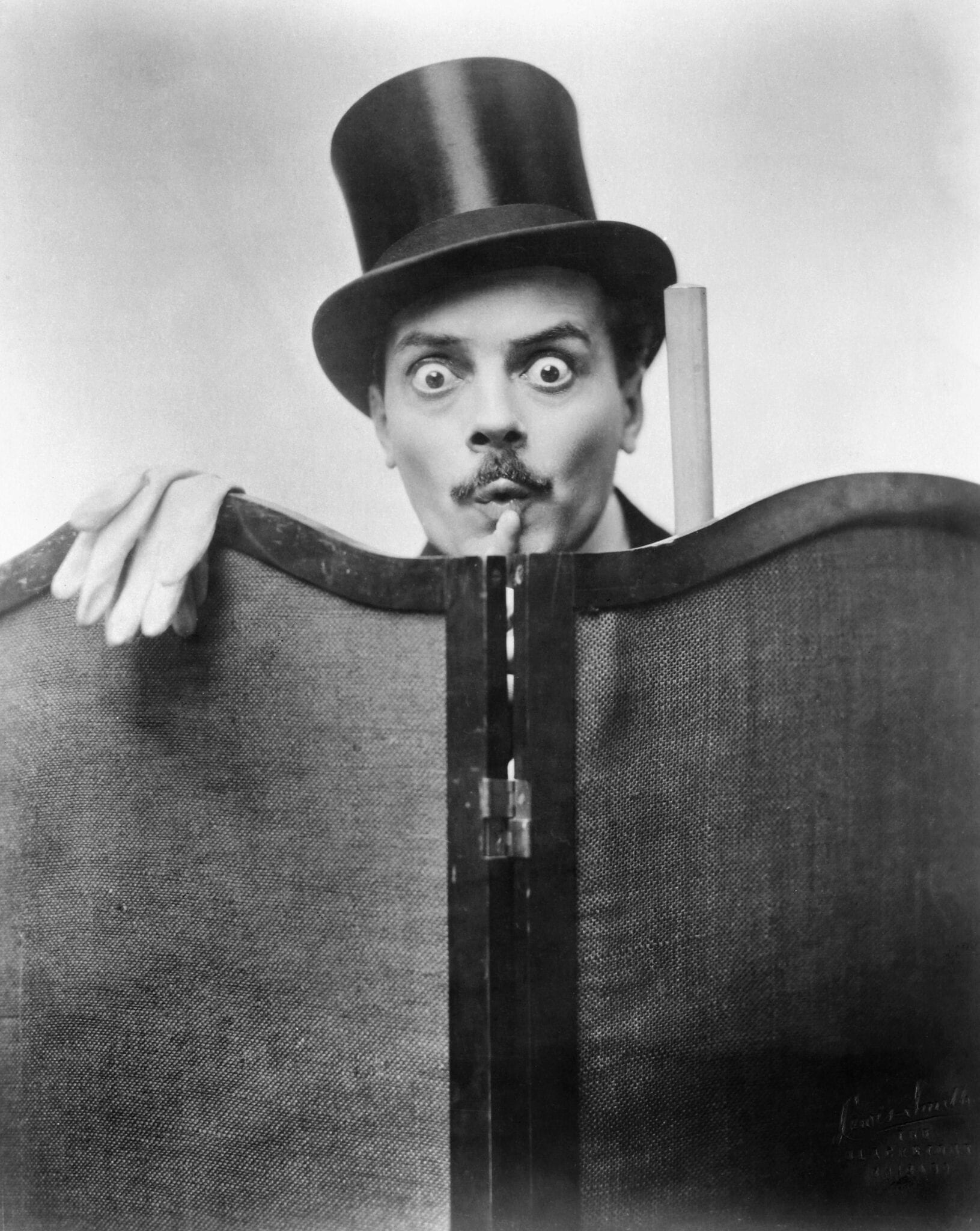 Oscar-winning director, historian and silent film champion Kevin Brownlow introduces a rare Raymond Griffith feature, Paths to Paradise, from his personal collection and champions this unsung comic who, whilst mostly forgotten today, produced a series of funny, creative features in the 1920s and was deservedly considered a contemporary of the great silent clowns.

With thanks to Kevin Brownlow

Don’t be intimidated by the great Danish master and creator of the legendary The Passion of Jean of Arc.  Here, in contrast to that monumental masterwork, he gives us a richly human and engaging story about a frustrated businessman who becomes a tyrannical husband – until he is shaken up and permanently reformed by his wily old former nanny.

With thanks to the BF

After breaking a mirror in his home, superstitious Max tries to avoid situations that could bring bad luck, but in doing so causes himself the worst luck imaginable – to hilarious effect!

This newly discovered and restored early Linder silent comedy short from Lobster Films is a delightful story of love and cheese.

Thanks to Lobster Films.

In 1964 author Samuel Beckett set out on one of the strangest ventures in cinematic history – an embattled collaboration with silent era genius Buster Keaton on the production of a short, titleless avant-garde film. Beckett was nearing the peak of his fame, which would culminate in him receiving a Nobel Prize five years later. Keaton, in his waning years, never lived to see Beckett’s canonisation. In essence a chase film – one of the craziest ever committed to celluloid – the film they made, along with director Alan Schneider, renegade publisher Barney Rosset and Academy Award-winning cinematographer Boris Kaufman, has been the subject of praise, condemnation, and controversy for decades.

Robin Ince presents a newly restored version of FILM and, with special guests, will not only tell the story behind it but will also talk about why comedians are so fascinated with Beckett.

With thanks to the BFI.

The host for this year’s Gala Show is the incomparable impressionist and comedian, Rory Bremner who will introduce the triple bill of laugh out loud comedy classics.

The spirit of the 1920s & 30s is embodied in a special appearance from singer, actor, and national treasure Roy Hudd who will be making a rare appearance to perform as that ‘cheeky chappie’ of music hall fame, Max Miller.

Harold Lloyd’s The Freshman (1925) will be shown in full at our annual gala show, accompanied by the 25-piece Bristol Ensemble orchestra conducted by Guenter A Buchwald, playing composer Carl Davis’s brilliant score.

fantastic comedian guitarist and singer will also be performing at the gala night in the foyer from 6:30-7:15pm
Founder of the band The Fabulous Poodles, Golden then swiftly moved onto stand-up as a member of The Comic Strip (regulars included Rik Mayall, Ben Elton and Alexei Sayle.)
Golden is now the frontman for Ronnie and the Rex, and writes songs and sketches for BBC 4’s The Right Time.

Slapstick’s Gala writes the Bristol Post, is “a Bristol Institution”.
Book early to be sure you are a part of it.
With thanks to Park Circus.