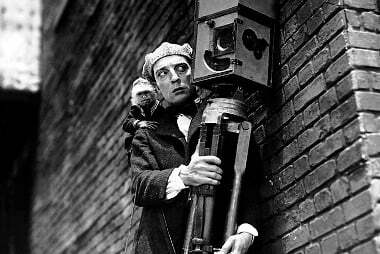 The Slapstick Lecture with Peter Krämer

The Cameraman (1928) was the first film Buster Keaton made as an employee at Hollywood’s most glamorous studio, MGM, after years of making films at a company named after but neither owned nor managed by him.

This presentation explores the reasons for Keaton’s move to MGM and the difficult conditions under which he worked there; the long-drawn-out process of story development for, and the style and themes of, The Cameraman; as well as the film’s limited success with reviewers and audiences.

Peter Krämer is the author of the BFI Film Classic on Buster Keaton’s The General.’